Experience our most "attractive" material yet!

Proto-pasta Magnetic Iron PLA in 2.85mm - as its name implies - responds to magnets and behaves similarly to pure iron, even to the point of rusting! Magnetism opens up a new world of practical applications and fun creations.

**This filament is more abrasive than standard PLA. Prolonged use may result in accelerated nozzle wear.


What is it made out of?
Proto-pasta Magnetic Iron PLA is a compound of Natureworks 4043D PLA and finely ground iron powder. In filament form, it is rather brittle, and should be handled with care to avoid breakage.

Magnetic vs. Ferromagnetic
Iron is defined as “magnetic” but it is, more accurately speaking, ferromagnetic. That means it is attracted to magnetic fields. In short, magnets stick to it. So, you should note that magnets stick to prints made from Magnetic Iron PLA, but printed objects will not function as magnets. We call our material “Magnetic Iron PLA” to communicate that this material allows users to include the added benefits of magnetism when designing and printing 3D objects.

Could I magnetize my finished prints?
We haven't tested this ourselves, but it makes sense that thin prints could be magnetized by rubbing them 10-100 times across the positive side of a large magnet. Ferromagnets will tend to stay magnetized to some extent after being subjected to an external magnetic field due to a fascinating process called hysteresis. We will test this theory in a future blog post.

Permanent magnetism requires the use a strong electromagnetic coil (around 2 Tesla), but that process would melt your print, so as awesome as it sounds, don't try it.

Is It Stronger?
No. The strength of Proto-pasta Magnetic Iron PLA is similar, and likely somewhat less, than the strength of standard PLA. The iron in the filament is too finely ground to provide an increase in overall strength.

Is it conductive?
No. The iron is too small and separated by the PLA to offer any noticeable amount of conductivity. You should try our Conductive PLA!

Rusting Magnetic Iron Prints
To rust a print made with Magnetic PLA, lightly abrade the surface of your print with a wire brush to expose more iron particles to the air, then submerge the print in a salty solution for 2-3 days (or longer, if you're going for a very rusty look!).

Printer Settings
Proto-pasta Magnetic Iron PLA prints at similar temperatures as standard PLA, though we have found it seems to like it about 10 degrees cooler than what we usually print PLA at. Quick cooling seems to increase the tendency to warp, so you might try turning your fan off and slowing your printer down a bit. Experiment and see what work best with your machine.

Customers who bought this product also bought the following products: 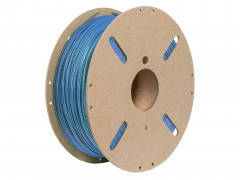 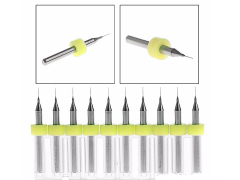 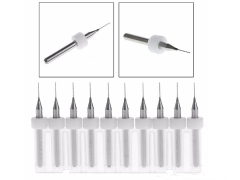 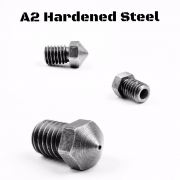 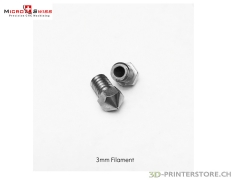